Our Lady of Mount Carmel July 16 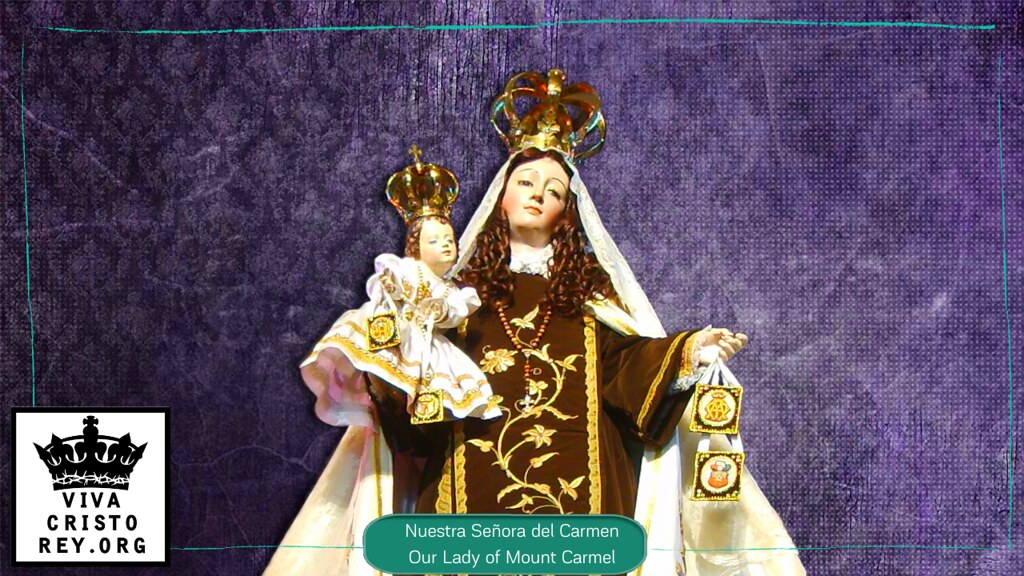 From Mount Carmel there appeared in Europe in the 13th century, along with the Crusaders, some hermits called Brothers of Saint Mary of Mount Carmel. Its rule was approved in 1245.

On July 16, 1251, the heavenly Lady appeared to the General of the Order, Saint Simon Stock, and promised those wearing her habit that they would not suffer the penalties of hell.

In 1316, the same Virgin appeared to the one who later became Pope John XXII, and granted him the Saturday privilege; it is, that She would remove the Brothers of the Carmelite Order from purgatory on the first Saturday after their death.

Her holy scapular, canonically received, makes the confreres of Our Lady of Mount Carmel participants of such inestimable favors.

The Carmelite Order, decayed over time, was reformed in Spain and restored to its original observance by the incomparable Saint Therese of Avila.

V: Virgin of Mount Carmel.
A: Pray for us.

Phrase of Our Lady of Mount Carmel:

“Take, my dear son, this scapular; It will be like the currency of my fellowship, and for you and all the Carmelites, a special sign of grace; Whoever dies carrying it will not suffer eternal fire. It is the sign of salvation, a safeguard in danger, a commitment to peace and harmony ”.