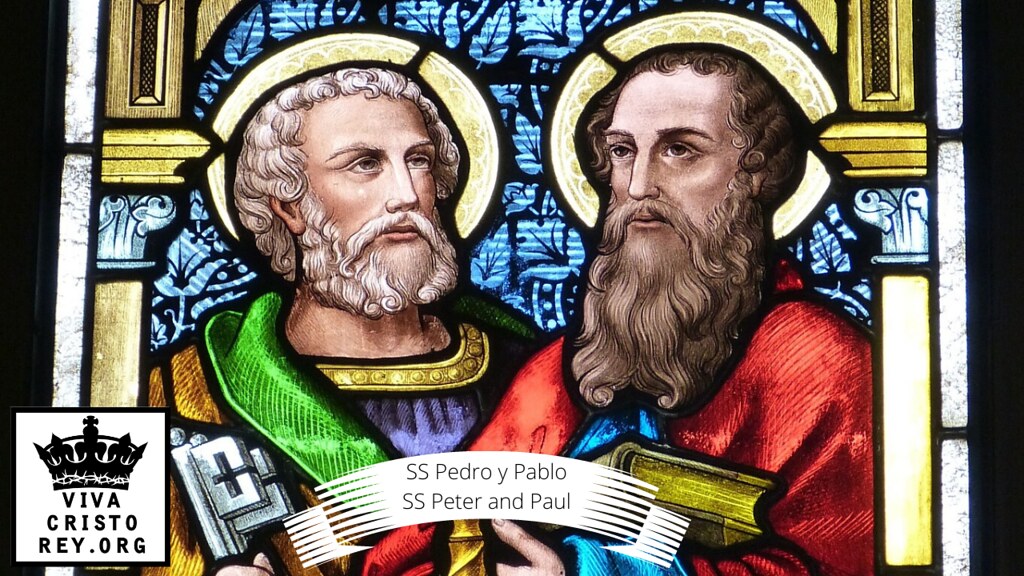 Our Holy Mother Church commemorates the Holy Apostles Peter and Paul this June 29 for their martyrdom for the faith at the headquarters of Rome.

“And I say to thee: That thou art Peter; and upon this rock I will build my church, and the gates of hell shall not prevail against it. And I will give to thee the keys of the kingdom of heaven. And whatsoever thou shalt bind upon earth, it shall be bound also in heaven: and whatsoever thou shalt loose upon earth, it shall be loosed also in heaven.”
– MATTHEW 16:18-19

While shepherding the flock of Christ during the persecution, he was martyred in Rome by order of the emperor Nero.

According to Catholic tradition, Saint Peter requested to be crucified upside down since he did not feel worthy of dying like Our Lord Jesus Christ.

Saint Paul, also known as Saul, at first persecuted and martyred Christians, but later had a miraculous conversion on the road to Damascus.

“But Saul made havock of the church, entering in from house to house, and dragging away men and women, committed them to prison.”
– ACTS OF APOSTLES 8:3

“And falling on the ground, he heard a voice saying to him: Saul, Saul, why persecutest thou me? Who said: Who art thou, Lord? And he: I am Jesus whom thou persecutest. It is hard for thee to kick against the goad.”
– ACTS OF APOSTLES 9:4-5

“And Ananias went his way, and entered into the house. And laying his hands upon him, he said: Brother Saul, the Lord Jesus hath sent me, he that appeared to thee in the way as thou camest; that thou mayest receive thy sight, and be filled with the Holy Ghost. And immediately there fell from his eyes as it were scales, and he received his sight; and rising up, he was baptized.”
– ACTS OF APOSTLES 9:17-18

Catholic tradition affirms that St. Paul also was martyred under the reign of Emperor Nero. However, because he was a Roman citizen, he was martyred beheaded instead of the prolonged and cruel martyrdom of the crucifixion.

V: Saintly Apostles Peter and Paul.
A: Pray for us.