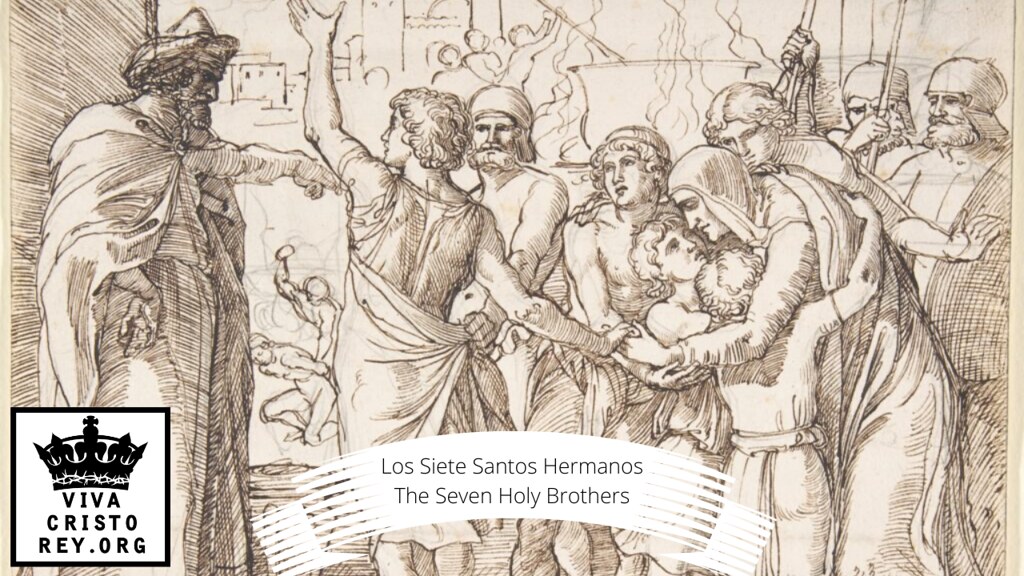 In the second century, year 162, the seven sons of Saint Felicity, a noble Roman lady. The sons, who were supported in combat by the incomparable mother, suffered glorious martyrdom under the tyranny of the skeptical philosopher Marco Aurelio.

For many centuries they were celebrated in Rome. Some authors believe that Alexander and his mother Felicity’s names are the ones that are read in the 2nd list of the Canon.

The Sons died on July 10, and the mother followed them later, on November 23. Today is, therefore, the feast of true Christian fraternity. The Epistle celebrates the strength of the mother.

V: Seven Holy Brothers.
A: Pray for us.