Life of Saint Lucia of Syracuse 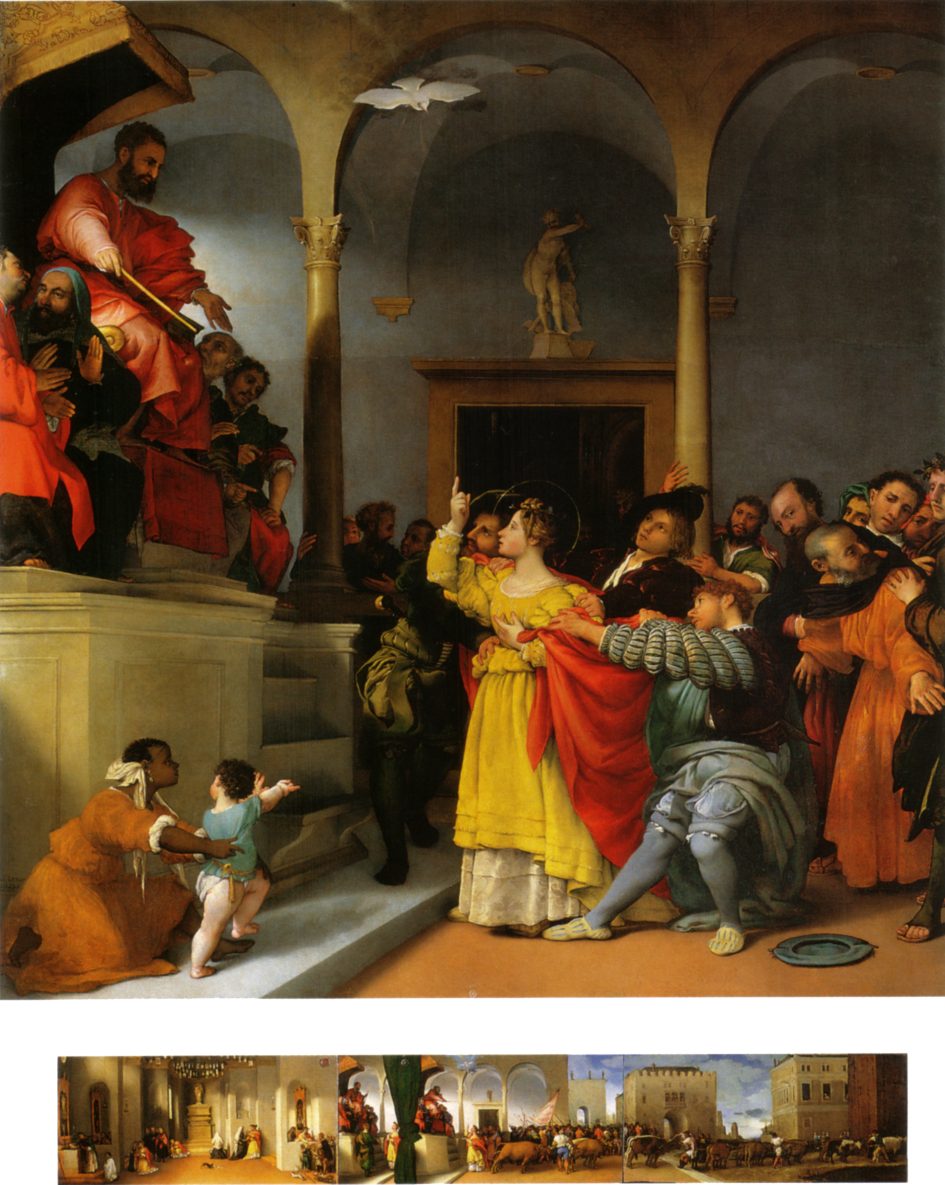 A shorter summary of her life can be read here:

Saint Lucia was a Christian martyr and saint who lived in the 3rd century. She is known for her bravery and devotion to her faith, and for her willingness to suffer for the sake of Christ.

Lucia was born in Syracuse, a city in what is now Italy. She was born of rich and noble parents in the year 283. Her father was of Roman origin and he died when Lucia was five years old, her mother Eutychia wanted to secure the future of her daughter and set out to arrange her marriage to a young man of a wealthy pagan family. Not knowing that Lucia had consecrated her virginity to God and that she wanted to embrace evangelical poverty by giving her wealth to the poor.

Her mother suffered from a bleeding disorder that afflicted her greatly, which prompted Lucia to invite her mother to go to the tomb of Saint Agatha. A martyr that had died 52 years before, during the persecution of the Roman Emperor Decius.

A number of Catholics had already reported miracles and cures when going with a pious intention to pray at the tomb of St. Agatha, which appeared on a dream to St. Lucia and told her that her mother would be cured due to the faith of Saint Lucia, and that in addition she would become the glory of Syracuse. Due to this occurence, Saint Lucia was capable of convincing her mother of distributing a great part of her riches among the poor.

Her mother wanted to give their wealth after passing away, as a bequest, but Lucy countered:

When they started to distribute their wealth, the pagan to whom Lucy’s was promised in marriage became angry, to the point of denouncing Lucia to Paschasius, the governor of Syracuse. Paschasius wanted to destroy the faith of Lucia by making her sacrifice to the image of the emperor, but Lucia resolutely refused, so she was sentenced to be defiled in a brothel.

When she was about to be taken away to the brothel, it was not possible for the guards to move her, this continued to be the case even after she was hitched to a team of oxen. So it was concluded that wood should be heaped around her and set on fire, but the fire would not burn her in the slightest. Finally, she was executed with a sword thrust into her throat.

After her death, Lucia’s story became known throughout the Christian world, and she was celebrated as a martyr and a saint. She is remembered for her courage and her devotion to her faith, and is venerated as a symbol of the power of God to overcome even the most difficult circumstances. She is one of eight women (including the Virgin Mary) explicitly commemorated by Catholics in the Canon of the Mass.

She is the patron saint of the blind; martyrs; Perugia, Italy; Mtarfa a town in Malta; epidemics; salesmen; Syracuse, Italy; throat infections; writers; the municipality of Sasmuan, in the province of Pampanga, in the Philippines.

Her feast day is celebrated on December 13.