In Defense of the Immaculate Conception 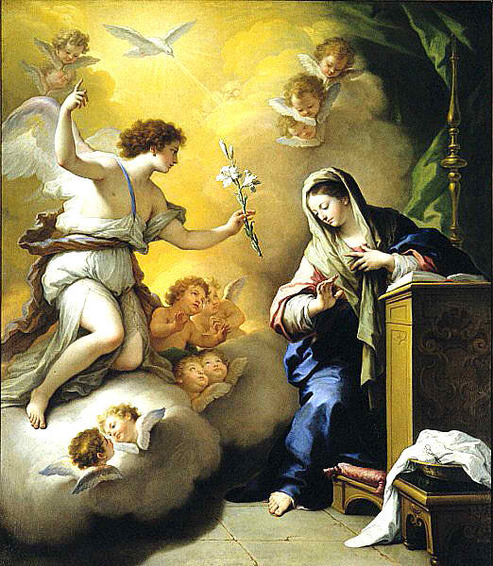 On the 8th of December, Catholics celebrate the definition of the dogma of the Immaculate Conception of the Blessed Virgin Mary.

This is the dogma that defines that Mary, the mother of Jesus, was conceived without original sin. Which means that from the moment of her conception, she was free from the stain of sin that afflicts all human beings, and she was preserved from all evil. This sublime and true dogma is based on several key factors, including the teachings of the Bible, the traditions of the Church, and the writings of the early Church fathers.

One of the key arguments in favor of the Immaculate Conception is the fact that Mary is uniquely chosen by God to be the mother of Jesus, the Son of God. In the Bible, God refers to Mary as “blessed among women” (Luke 1:28) and “full of grace” (Luke 1:30)

“And the virgin’s name was Mary. And the angel being come in, said unto her: Hail, full of grace, the Lord is with thee: blessed art thou among women. Who having heard, was troubled at his saying, and thought with herself what manner of salutation this should be. And the angel said to her: Fear not, Mary, for thou hast found grace with God.”

This demonstrates that she has a special relationship with God and is favored by him. Which entails that Mary was preserved from sin in order to fulfill her role as the mother of Jesus, and that her sinlessness was necessary in order for her to be worthy of this great honor.

Another argument in favor of the Immaculate Conception is the fact that the Church has always held this belief. From the earliest days of Christianity, the Church has venerated Mary as the “Queen of Heaven” and the “Mother of God,” and has affirmed her sinlessness and purity. This tradition can be traced back to the writings of the early Church fathers, who wrote extensively about Mary and her special relationship with God.

“Mary, a Virgin not only incorrupt [incorrupta], but a Virgin whom grace has made inviolate, free from every stain of sin [per gratiam ab omnia incorrupta labe peccati].”

In conclusion, the dogma of the Immaculate Conception of the Blessed Virgin Mary is a deeply meaningful and significant belief within the Catholic faith. It is based on the teachings of the Bible, the traditions of the Church, and the writings of the early Church fathers, and it serves as a powerful reminder of the special relationship between Mary and God. It is a belief that has been upheld by the Church for centuries, and it continues to be a source of inspiration and comfort for Catholics around the world.

We close this defense of the Immaculata, with the dogmatic proclamation made by Pope Pius IX

“The most Blessed Virgin Mary, in the first instant of her conception, by a singular grace and privilege granted by almighty God, in view of the merits of Jesus Christ, the savior of the human race, was preserved free from all stain of original sin.”

TITLE: The End of the World and the Signs which will precede The Final Culmination. Catholic Meditations For Souls Who Thirst For Truth and Justice.
AUTHOR: Father Charles Arminjon
EDITOR: Pablo Claret

Get it as a PAPERBACK:
vcrey.com/end-of-the-world